Find a place with us

The Sustainability Center of Costa Rica is an organization dedicated to the fostering and support of the Buen Vivir (which means good living in Spanish) philosophy of life which encompasses environmental as well as socioeconomic and philosophical aspects of Good Living.  Our aim is to create a community where we go beyond surviving and making a living to thriving in harmony within ourselves, with each other and with the natural environment, of which we are part.

We envision a world in which every sentient being can reach the heights of its potential through the expression of their own selves and their own creative talents in order to live a life worth living.

The Sustainability Center of Costa Rica (SCCR) was born as the Sustainability Demonstration Center (SDC) in 2014 out of the efforts of our Guacimal community to protect the nearby Río Veracruz.

As with many others during the pandemic, our organization gained many new insights which gave birth to a new umbrella organization: Amigos de la Casona S.C. of which the SCCR is part. This new organizational structure reflects our new and more integrated approach. Some of our free community programs continue, some have ended or transformed, and we also have some additions, which you can read about in other tabs.

Amigos de la Casona S.C. can receive tax-exempt donations from the USA, to help us continue to exist to support the community and be a center of personal growth and sustainability learning and practice. 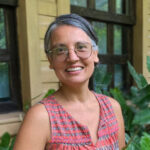 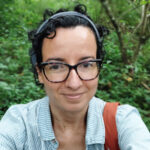 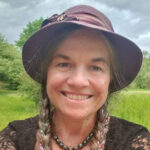 Learn more about our team!

Our Headquarters and Guacimal’s History

The Sustainability Center of Costa Rica is located in Guacimal, Puntarenas in the historical building known as La Casona, which means “big house” or “big home” in Spanish. La Casona was built in a style ahead of its time and it is now a community cultural and educational space. Nobody really knows exactly how old the original building is, but the oldest part of La Casona is at least 100 years old– what once was a beauty parlor belonging to the family which owned all the shops in town, is now a barber shop belonging to a young man in our community! The main structure of the existing building is over 80 years old. The original structure of La Casona has been maintained with few changes, and is a beautiful place to live and work. 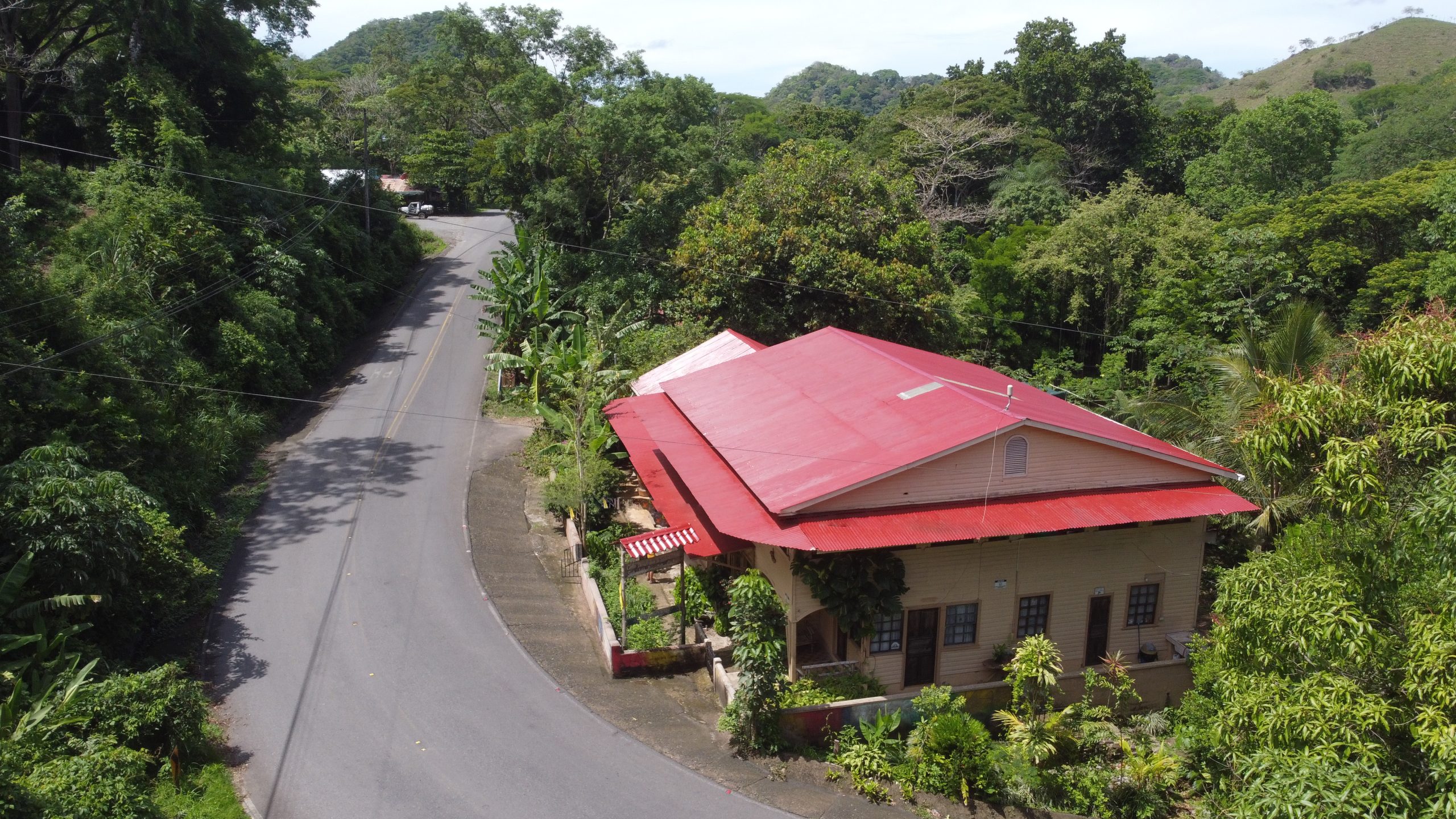 The only road to this region from San Jose or Puntarenas was a dirt road, now paved and known as Highway 605 to Lagartos, which borders the south side of the property. There was a small trail to Santa Elena and to San Luis, which back then belonged to the Guacimal district, near what is now known as Monteverde. The Monteverde Quakers came to settle in Costa Rica in the late 1940’s and passed through this region on their way up the mountain.

La Casona was designed to accommodate the needs of the people in the entire region, as the next closest town was Puntarenas City. Guacimal was once a booming, busy town with telegraph and postal system and electricity supply, as it was home to the hydroelectric plant. The plant was inaugurated in 1912, and used water from the Veracruz River, which empties into the Guacimal River that runs through the west boundary of the property. The hydroelectric plant supplied electricity to various communities including Las Juntas gold mines, and Puntarenas City.

Everyone, including the Quakers, used this Comisariato— the old equivalent of a modern downtown business center– to buy supplies, exchange goods, and conduct business transactions such as loans to the Quakers to help them settle in their new home. Doctors and dentists would travel to La Casona to provide services to residents of the area. People from the mountains in the San Luis Valley-now called Monteverde region would caravan with oxen carts using small trails created along the way using shovels and machetes. La Casona was a main stop to replenish supplies, rest or sleep over and feed the animals, and continue onto the old Lagartos road towards Puntarenas port where the precious coffee harvest was sold. La Casona was also used by the people who transported gold from the La Guaria mines up the mountain using mules and horses.

People from the mountains would make a trip by horse or by foot to the old bus station across from La Casona, as this is where the road to leave the area started. Part of the old bus station was demolished to make room for Route 606 to Monteverde. The remaining structure of the old bus station was restored by the back then called Sustainability Demonstration Center and its original intricate roof architecture was preserved. The old bus station is now the home for our fair-trade Feria de Guacimal, a weekly community marketspace that boosts the local economy and weaves a strong social fabric which is rich with tradition and unites our community.

Life at the Historic Casona

The first floor of La Casona had a dance hall and several shops. There was a beauty salon (which is now an office); a hardware store that sold supplies such as horseshoes, hats, and fabrics (now a water quality laboratory); a grocery/general store (now the main foyer); a saloon bar (now an office); a restaurant and a dance hall (now serves as an events room, community meeting space, and yoga studio).

The second floor was a hotel for those who made the long journey from Santa Elena, San Luis and what the region which in the late 40’s became Monteverde, to the city of Puntarenas. Many families would stay the night in La Casona before their big trips to the city, or when there were celebratory events and dances in the spacious ballroom. The second floor now serves as rooms for volunteers, students, and teachers who come to support the Sustainability Demonstration Center and its programs, and the ballroom still holds many celebratory events!

In the basement of La Casona, there was a cinema and rooms for the musicians who came to play at the weekly dances. It is said that these rooms were also used for other “activities.” The dances were famous for the violence that was incited after consuming guaro, the potent homemade liquor which contributed to machete fights and gunfights. It was a bit like the wild West.

Just outside La Casona is a large outdoor oven, which was a bakery where fresh bread was baked every day. There was also a butcher shop, which operated through orders placed ahead of time, as there was no refrigeration system. In addition to meat, the fat was used to make candles.

Underneath the building there is a tunnel that transported water from the Pavones Creek to power a sawmill and other machinery to process grains such as rice and corn. This tunnel still exists, and is said to have been used as an escape route for the former owner of La Casona to evade the law after he killed a man.

We are told by the Guacimal elders that the men of Guacimal were given weapons to defend the hydroelectric plant during the Costa Rican Civil War against intended destruction to cut the power supply to the port-city of Puntarenas.

The End of an Era, The Start of a New World

Dismantled in the late 60’s and early 70’s, parts of the old hydroelectric plant can be seen throughout Guacimal. The old bridge passing over Pavones Creek (behind the marketspace for the Feria de Guacimal) is still regularly used, and the large pipes that carried the water to the sawmill at La Casona still exists. The combination of the discontinued use of the hydroelectric power plant and the end of gold mining in Las Juntas lead to the decline of La Casona as a main commercial and cultural center. Shops closed up, dances were infrequent, and the hotel no longer offered rooms. The former owners of La Casona went to live in San Ramon, a small city, and La Casona became a relic of past days gone by for those just passing through Guacimal on Route 606.

In 2014, to support the efforts of the Guacimal community to defend and protect the River Veracruz, Veronica and her expartner Alex acquired the historical Casona de Guacimal. They unlocked the doors and dusted the original wood floors, made the needed repairs and added a fresh coat of paint, built wooden benches to provide sufficient seating for community of Guacimal and organized countless collaborative community meetings to strategize the defense of the River Veracruz.

For the first time in over 40 years, La Casona was once again open to community– not just the people of Guacimal, but the people of Costa Rica and all of those who supported us and fought with us to save the River Veracruz. The halls which were once filled with the sounds of community unity once again rang with the collective voice of many who advocated for the right to a clean environment. Having a physical headquarters for the effort to save the river contributed to its success– the presence of a physical organizing space within La Casona had psychological importance in legitimizing the fight and empowering community members to experience the collective energy of organizing.

We also invite you to visit us and learn about the wonderful history of this small town that fought against a water privatization project and won. This struggle had many actors and organizations, and through working together we were successful in saving the river. In our community, we continue to work to co-create the kind of world in which we would like to live, and La Casona continues to open its doors to all of you!